This is a demonstration of a key-hole effect, where it may be difficult to determine where in the map (left) the feed shown from the UAV is located. 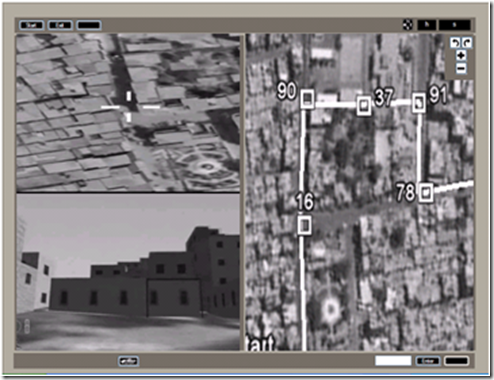 This is an example of a combined display, where both UAV and UGV video feeds are shown in addition to the aerial map. Waypoints of interest are marked on the map.

Coming soon  – experimental results of attentional allocation and performance on intelligence gathering tasks in such displays.

This entry was posted on February 16, 2011, 17:12 and is filed under HRI, Military & Law Enforcement Applications, robotics, UAV. You can follow any responses to this entry through RSS 2.0. You can leave a response, or trackback from your own site.